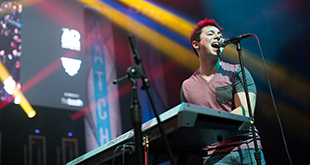 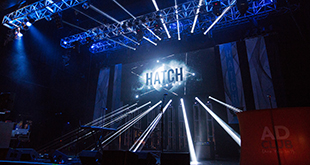 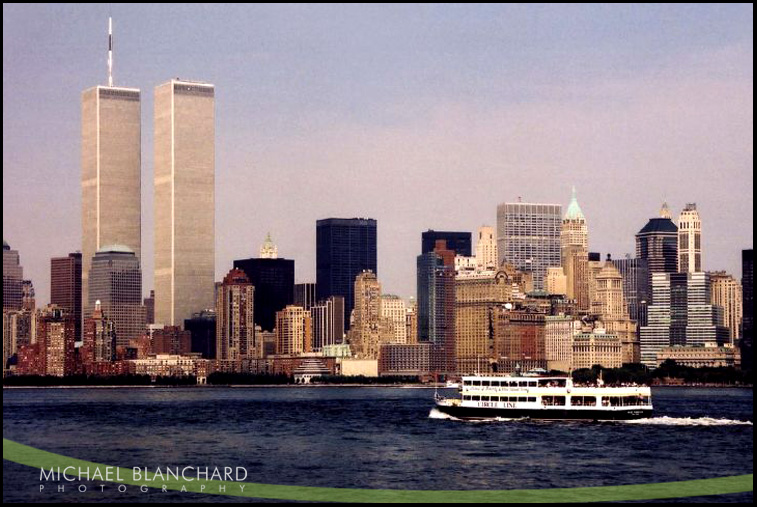 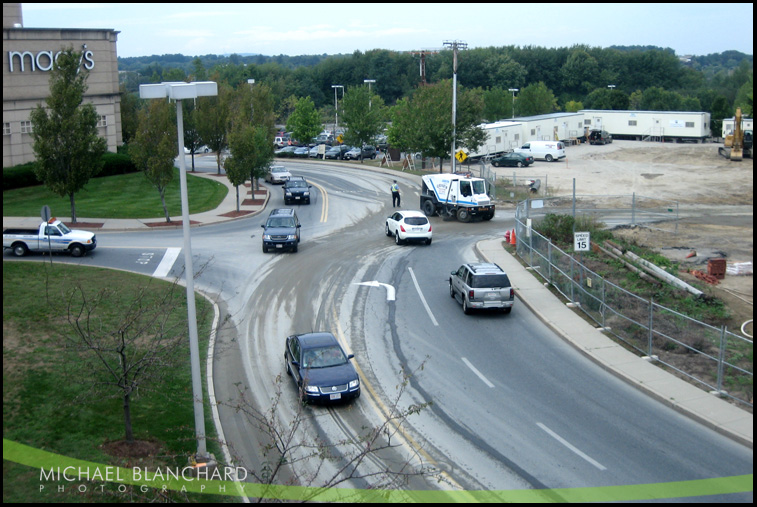 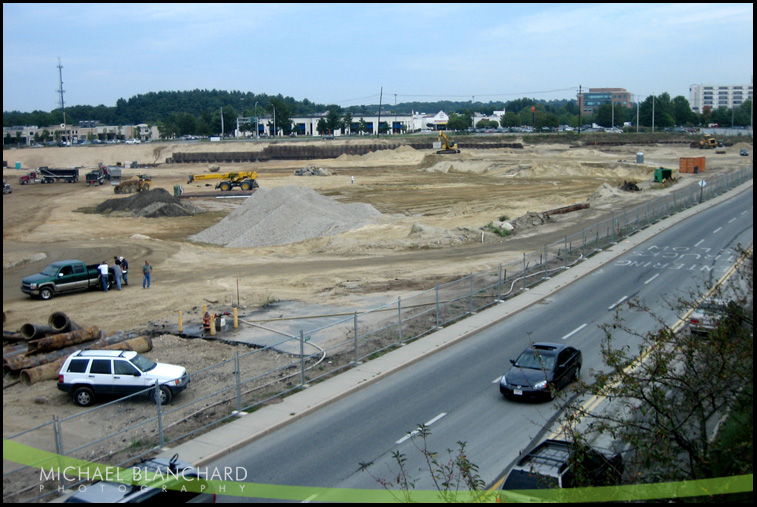 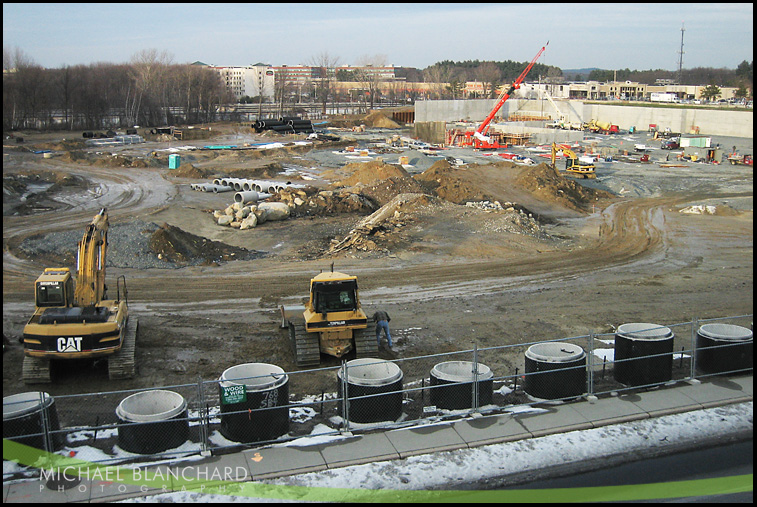 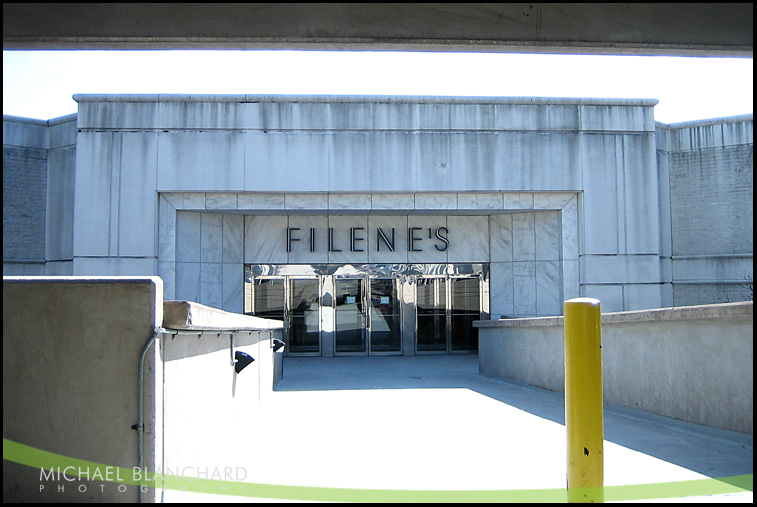 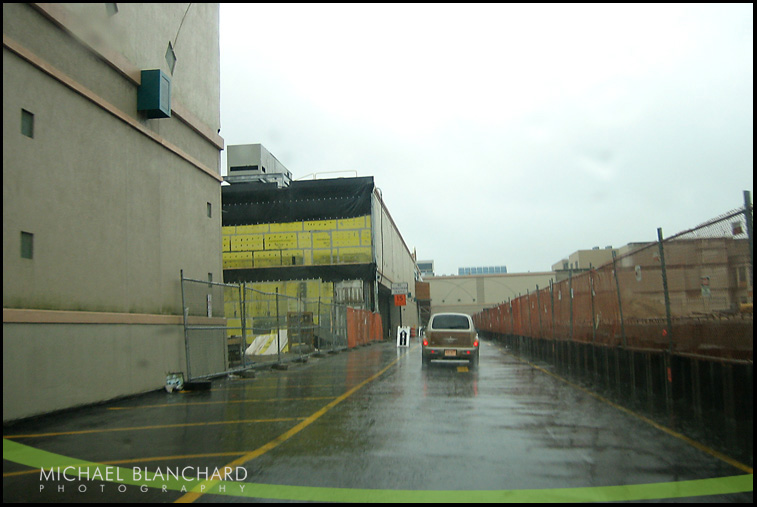 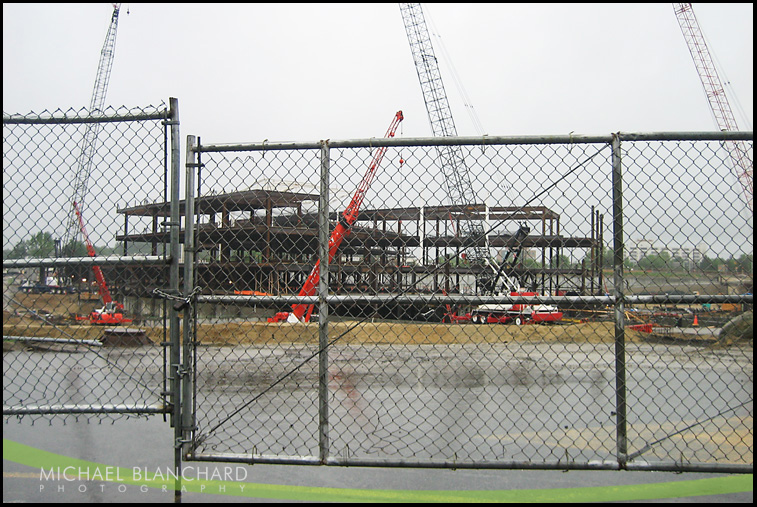 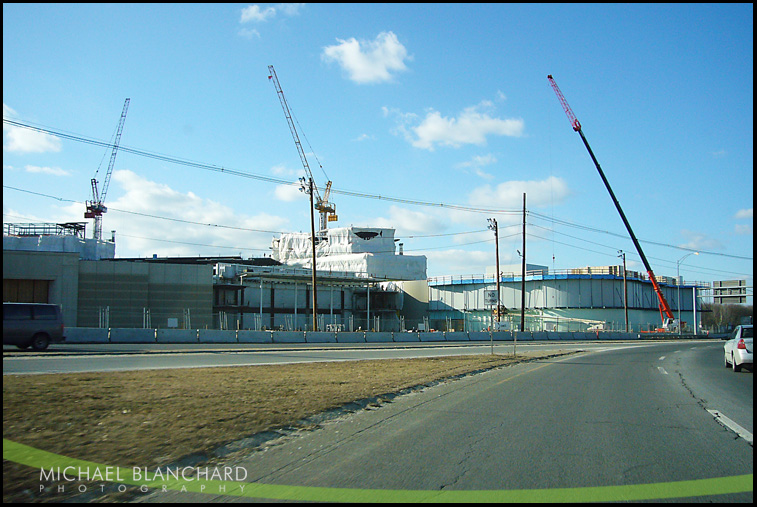 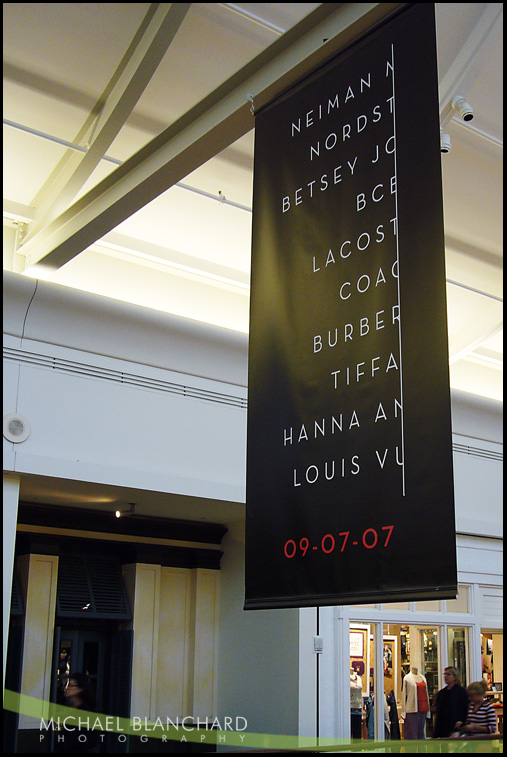 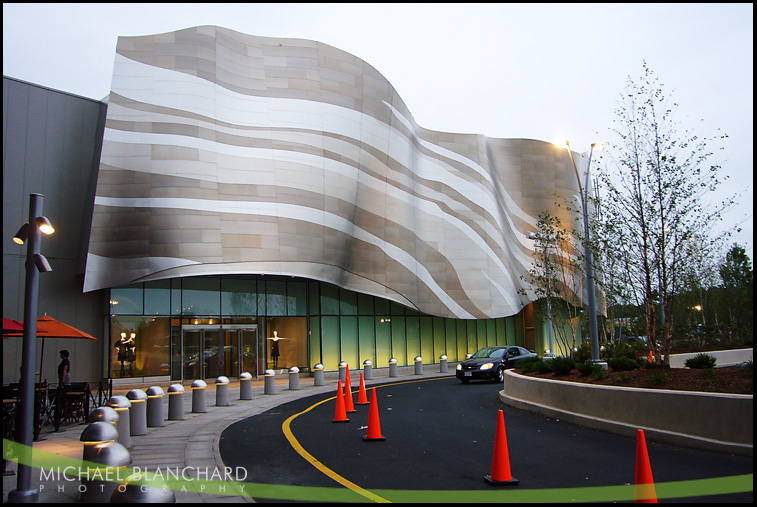 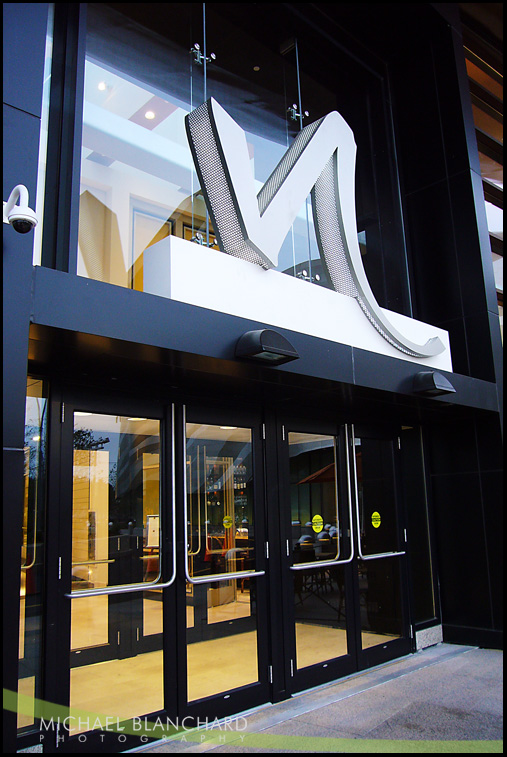 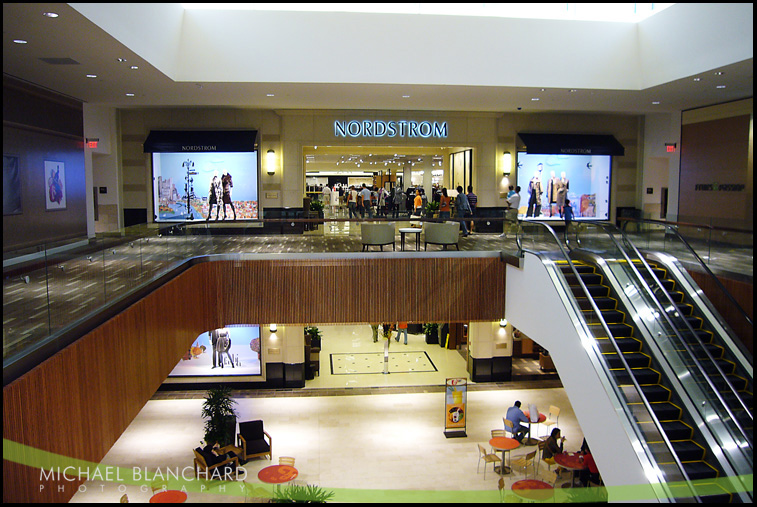 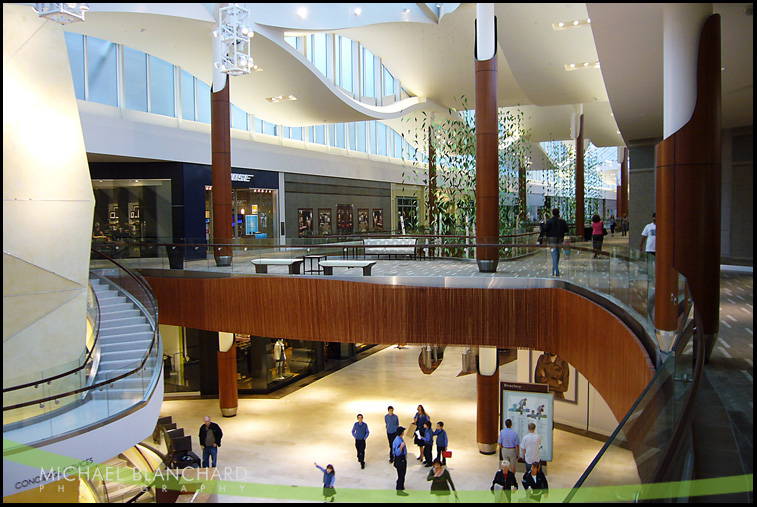 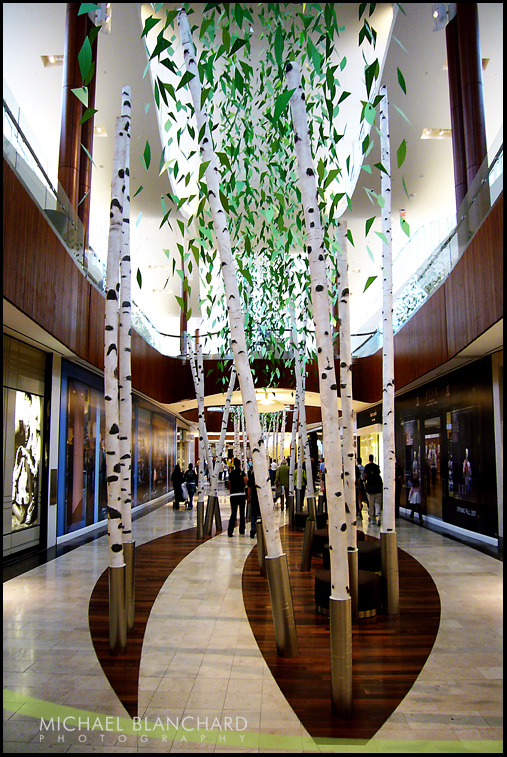 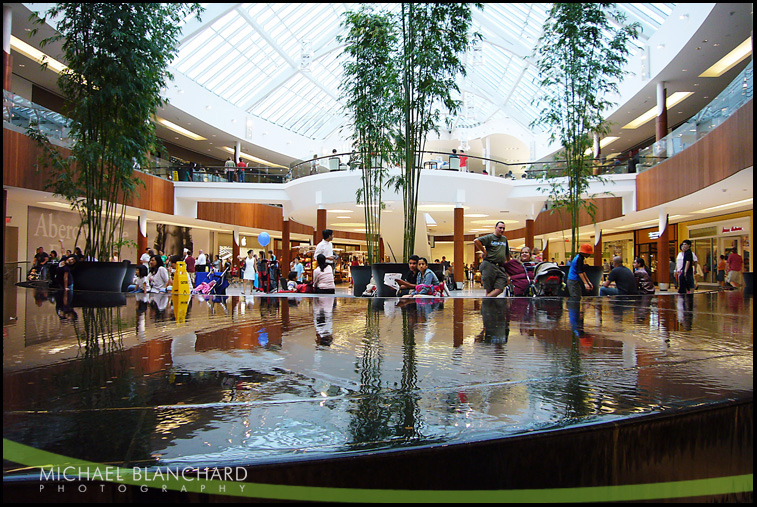 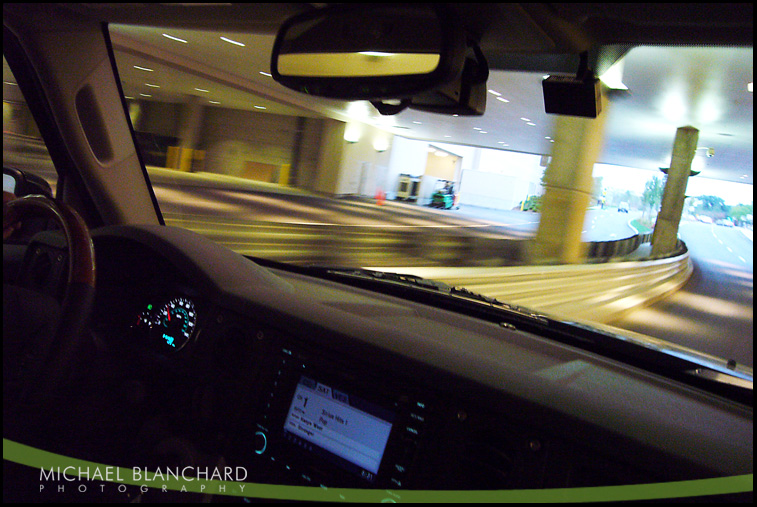 Over the holiday weekend, Kim, Steve, & I went to Copley for some shopping.Â  I think it's my new favorite mall... (until Natick opens).Â  Anyways, before we left, Kim wanted to go to check out Tiffany's...Â  (Like she's never been before or something).Â  I tagged along, checking out the expensive engagement rings and other finely crafted neck wear.

I've never been one for jewelry, or any kind of "accessory" actually.Â  I didn't even wear a baseball hat until a few years ago!Â  No watches, no fancy belts, not even sun glasses...Â  They just never interested me, I guess.Â  However, a couple years ago on a cruise to Bermuda, I took my casino winnings and bought a gold chain.Â  Since then I've realized it's okay for guys to wear whatever.Â  I now have about a dozen hats, a replacement gold chain (RIP), a couple nice belts, glasses... etc!Â  (still no watch though... hint, hint ;)Â

Back to Tiffany's - Did you know they have mens?Â  I didn't, but apparently Kimmy did.Â  After splurging on herself (I don't think she wants me to tell you what she bought), she surprised me with a late birthday gift!Â  It was a sterling silver ring...Â  Something I've SERIOUSLY always wanted!!Â  At weddings I'm always taking pictures of rings, but since I'm not married, I never had one of my own.Â  This is not a wedding ring or anything, lol, but I do love it, a lot.Â  Steve bought a really nice one, too.Â  I recommend them as a gift for your guy friends... way to go Kim! 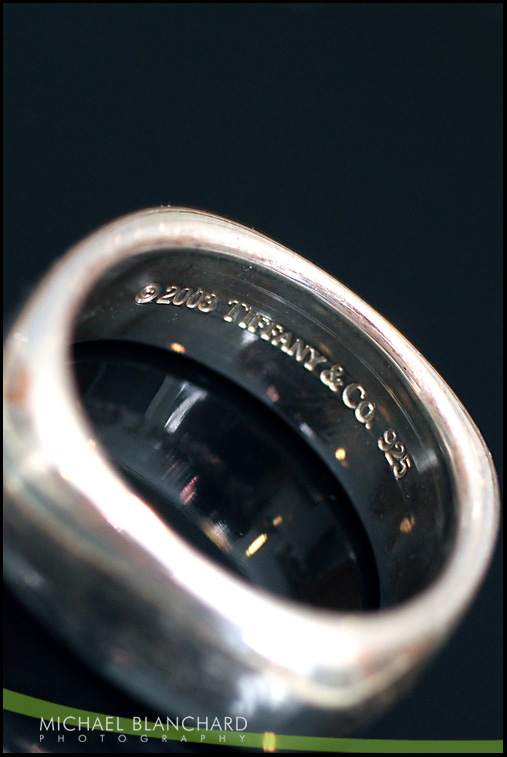 This was a hard shot to take by myself, lol. 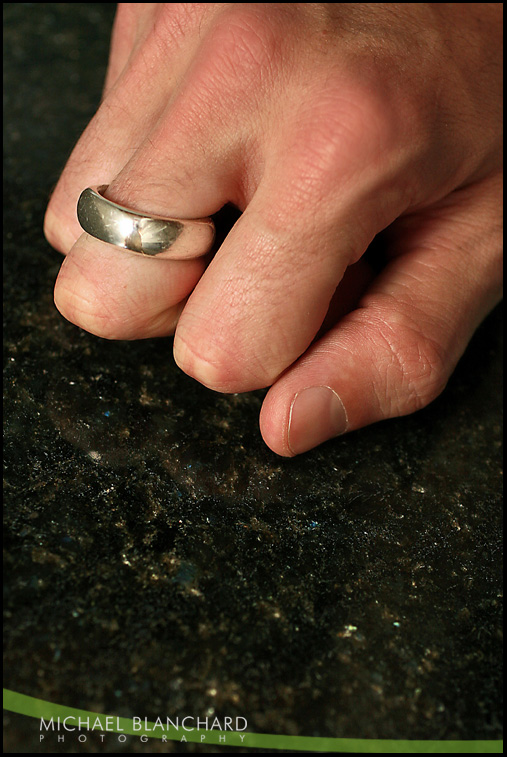 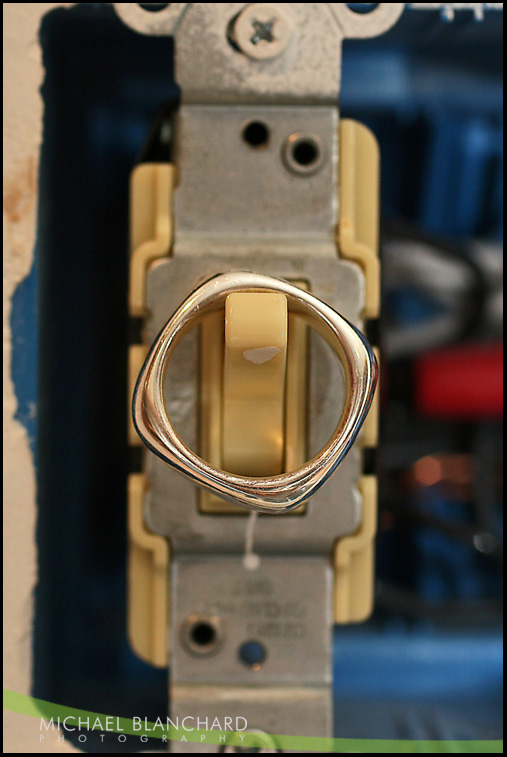 In the ring of fire. 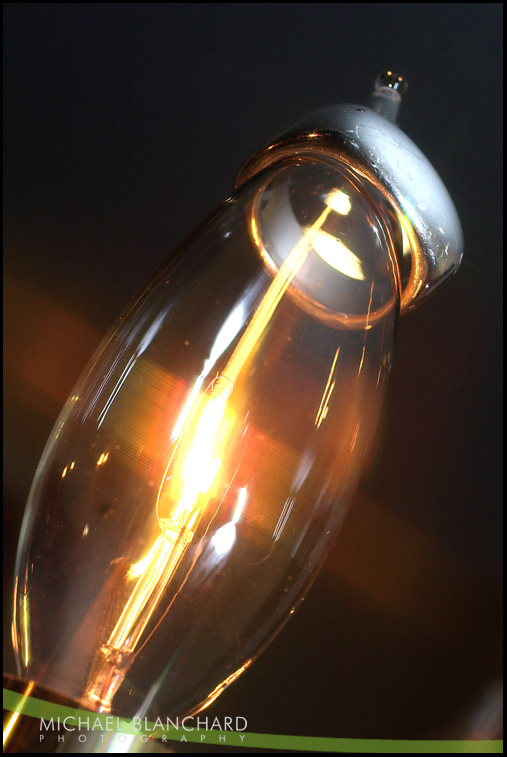 I also bought a necklace...Â  Cool isn't it? 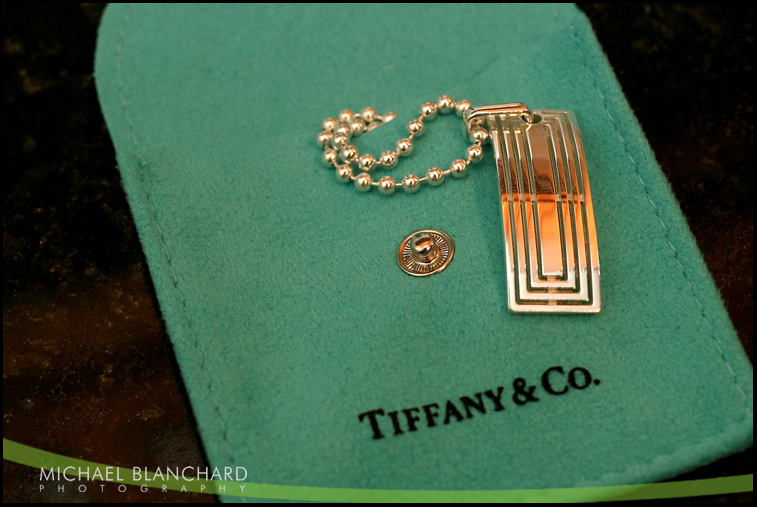 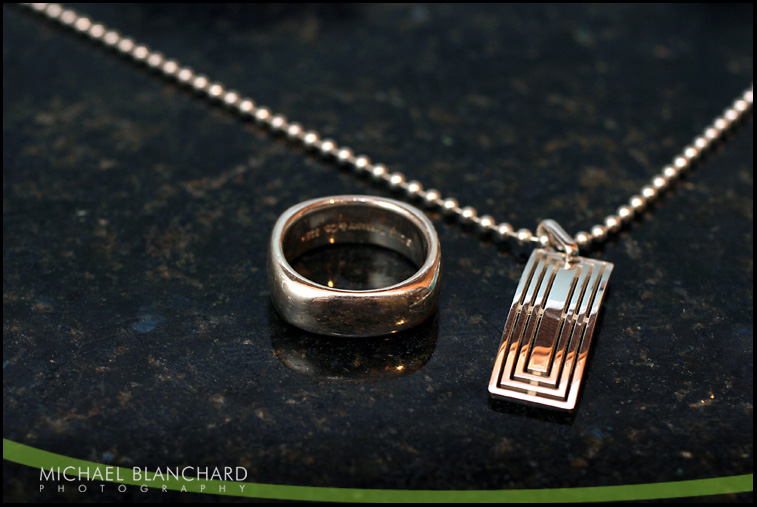 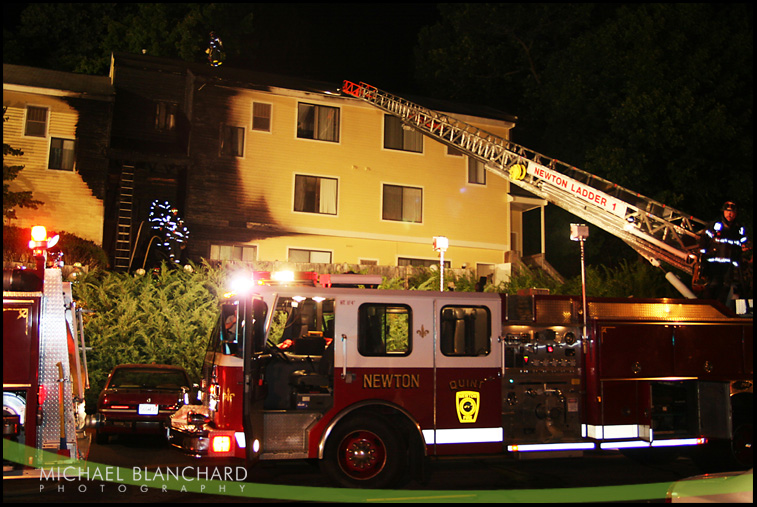 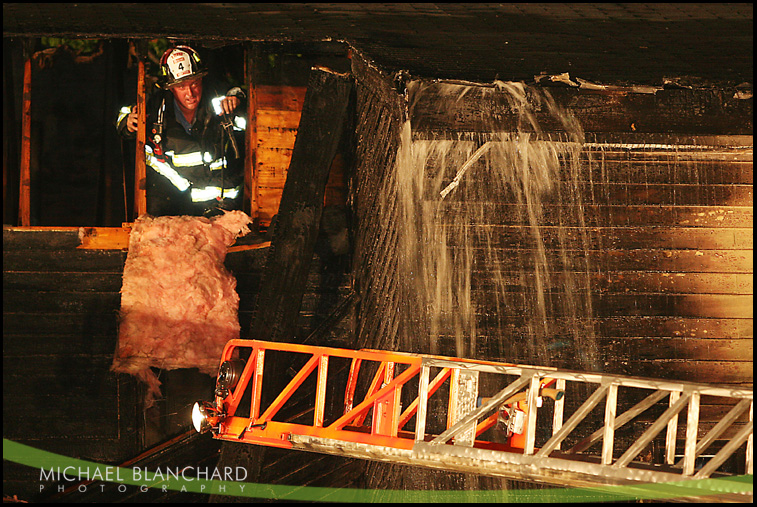 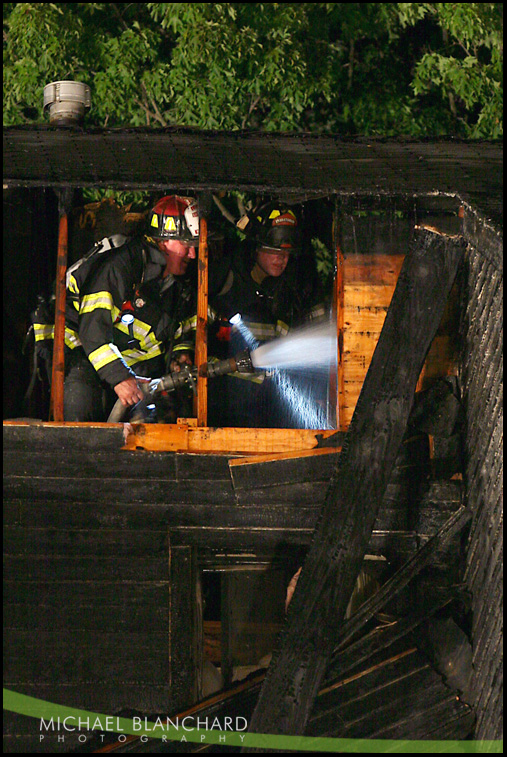 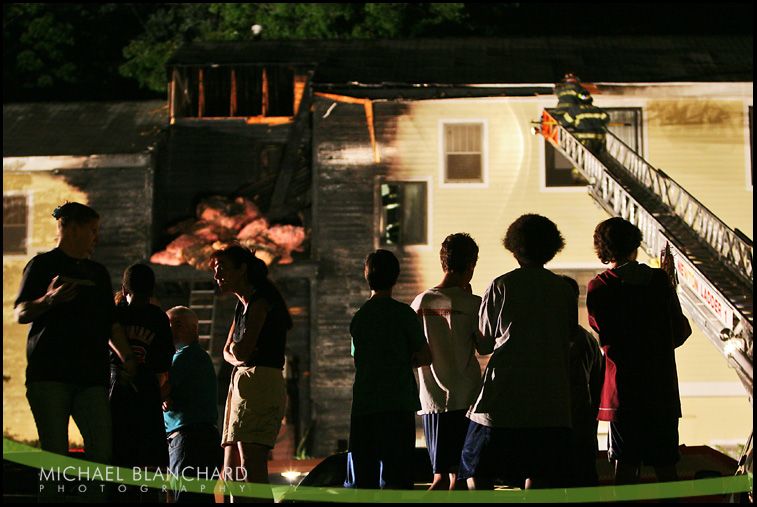