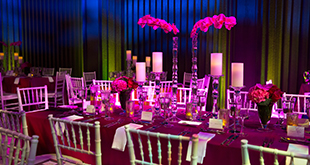 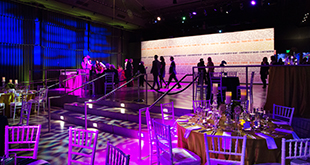 April 22, 2008  |  Press Pass
Now filming in Boston - "Ghosts of Girlfriends Past"
If you haven't noticed, Boston is becoming popular with Hollywood film makers. One major movie thats currently being filmed is called "Ghosts of Girlfriends Past", starring Matthew McConaughey, Jennifer Garner, and Michael Douglas. I visited the set with my friends from Hits for Kids on Friday. This meet and greet was donated by producer Marcus Viscidi, and raised 5 thousand dollars for Christophers Haven! This particular scene, which is only two minutes long, was being shot on West Street in Downtown.

Melanie Busa, The Yogel Family, and Enza Sambataro on the Ghosts set, which was supposed to look like New York City. 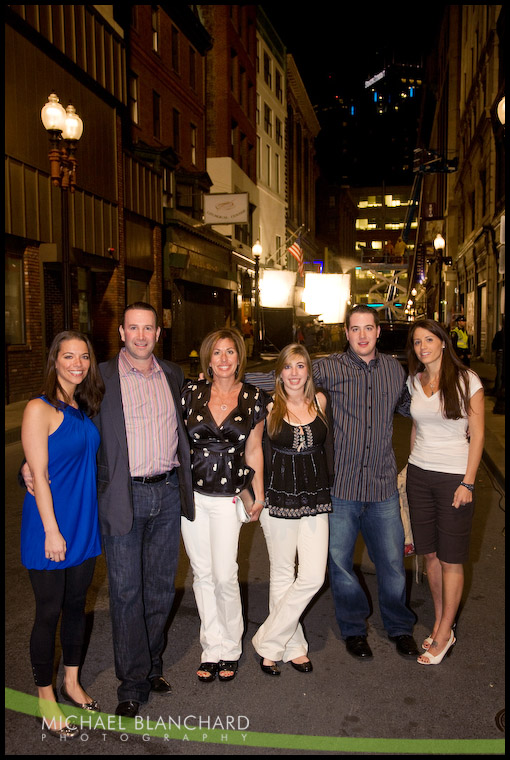 A crowd formed along West Street. 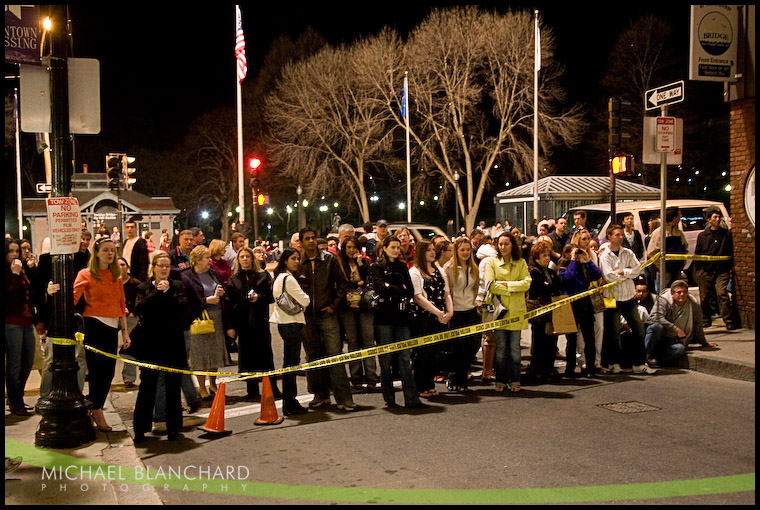 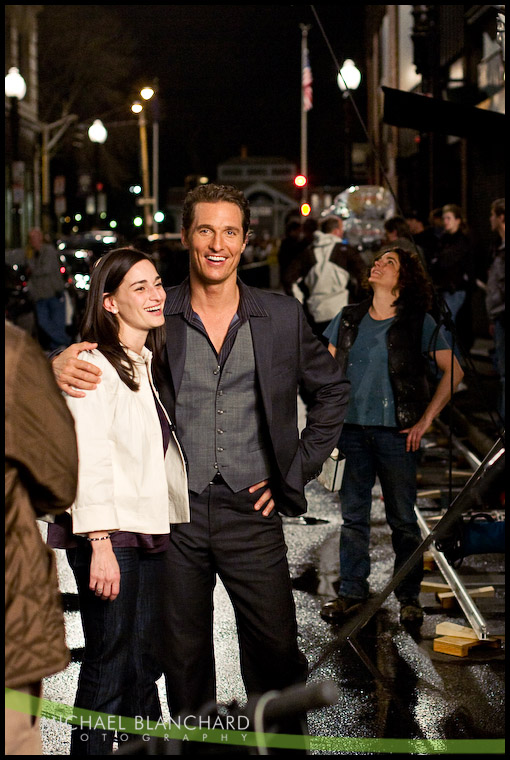 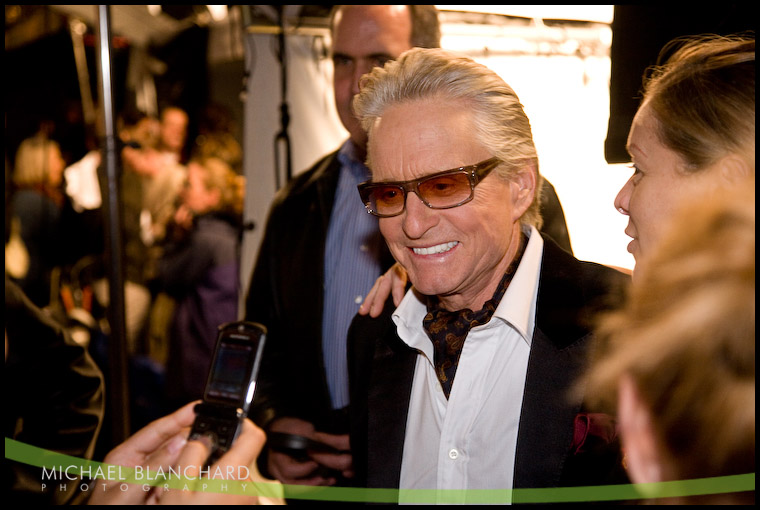 So, you thought it was actually raining out! This scene probably took 3 hours longer than it would have, had it not involved precipitation! After each take the actors and their belongings had to be dried off... It was exhausting to watch! 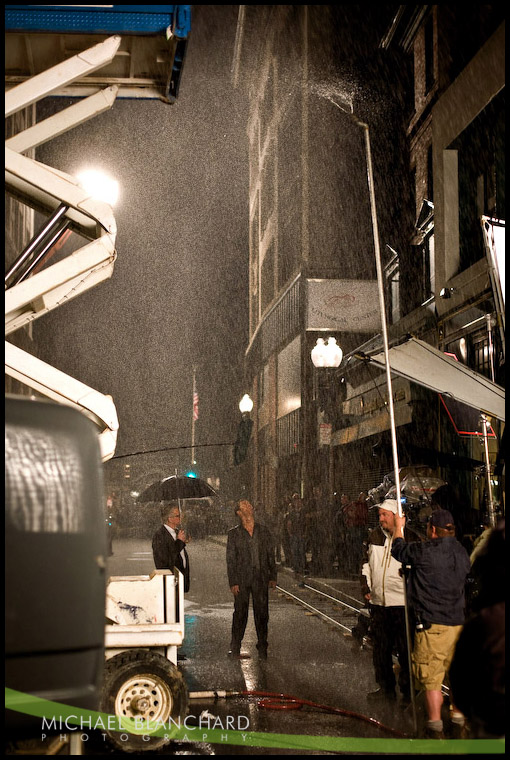 Producer and friend of Hits for Kids, Marcus Viscidi. 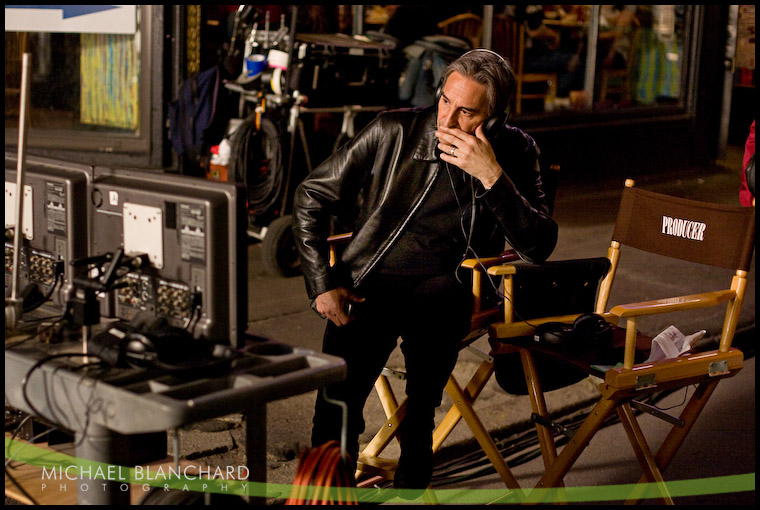 Melanie and Enza hanging out on the set. 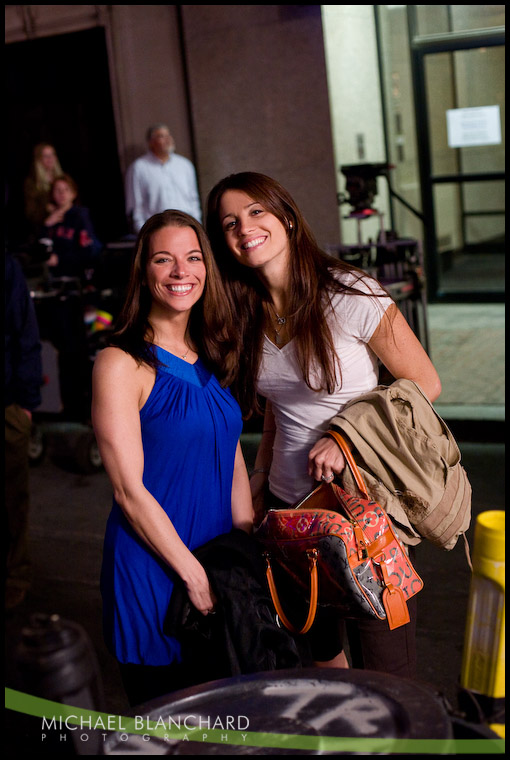 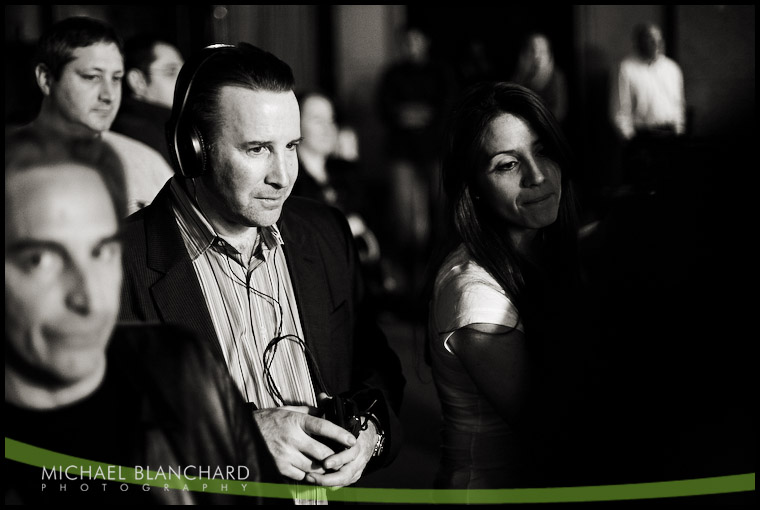 In between takes, still wet. 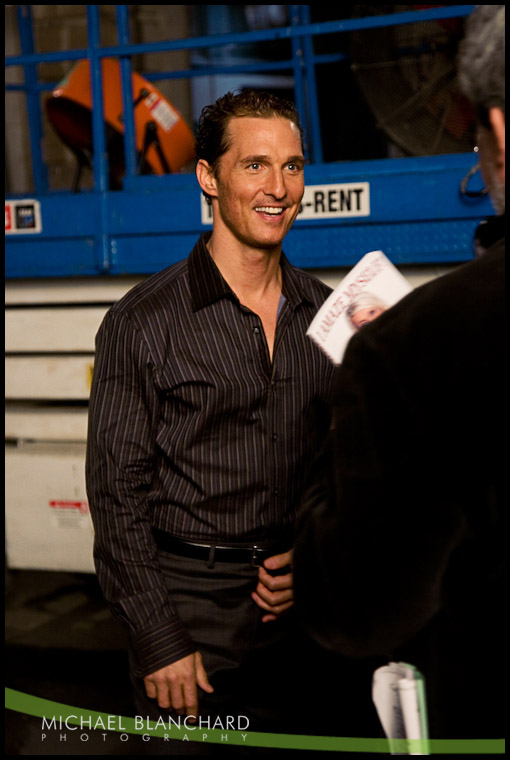 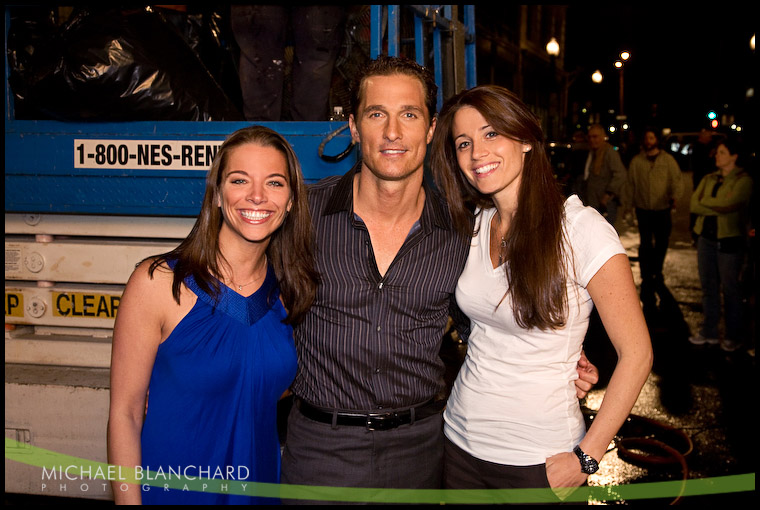 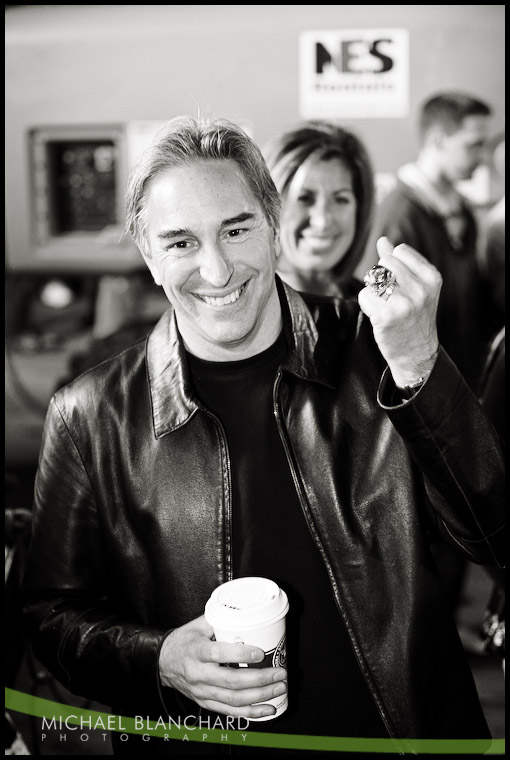 It was amazing how much was set up to film a short two minute clip. 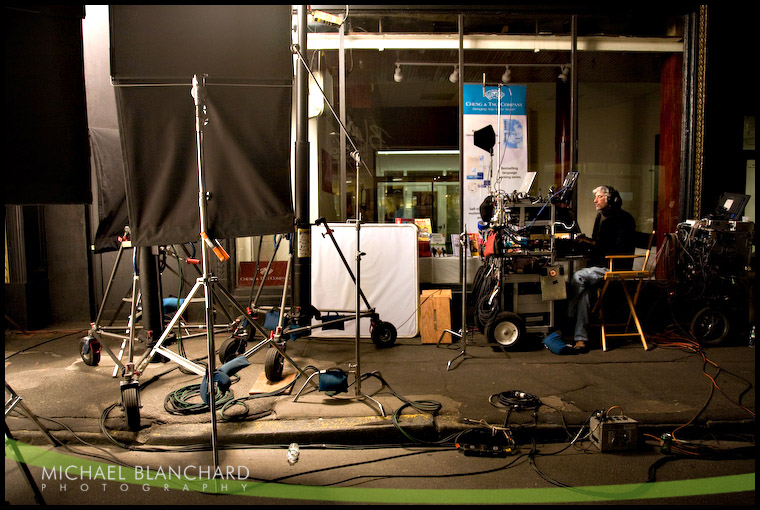 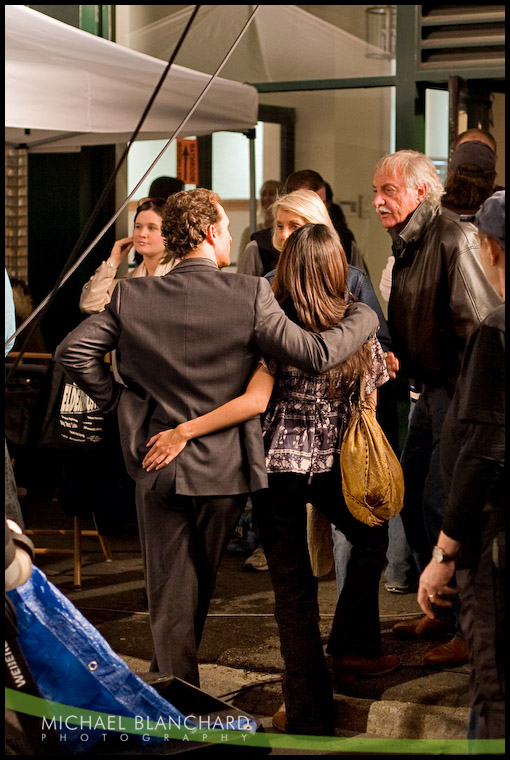 The girls with Matthew... or, his double! 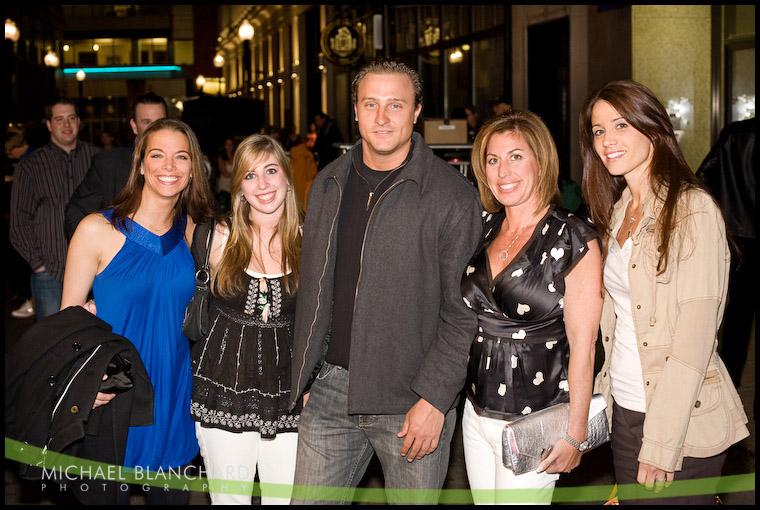 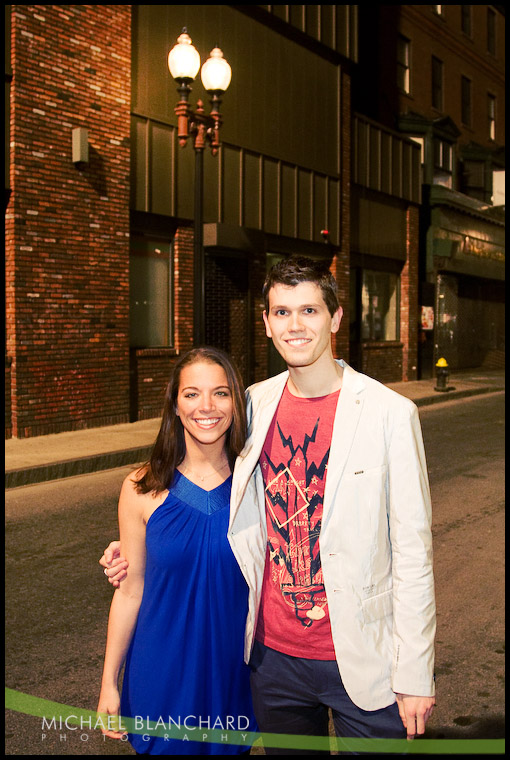 The Inside Track ran a photo from our visit in Tuesday's paper, so check it out!