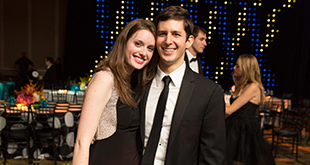 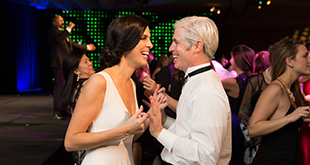 September 2, 2008  |  Miscellaneous
Mikey's Boston Magazine Shoot with angela coppola
A couple months ago Boston Magazine had a photoshoot of the Red Sox kids at Fenway Park with photographer Angela Coppola. These behind-the-scenes photos were not allowed online until the spread ran in their August Best of Boston issue.

I love this shot of Mikey - he looks like a model for J.Crew toddler. 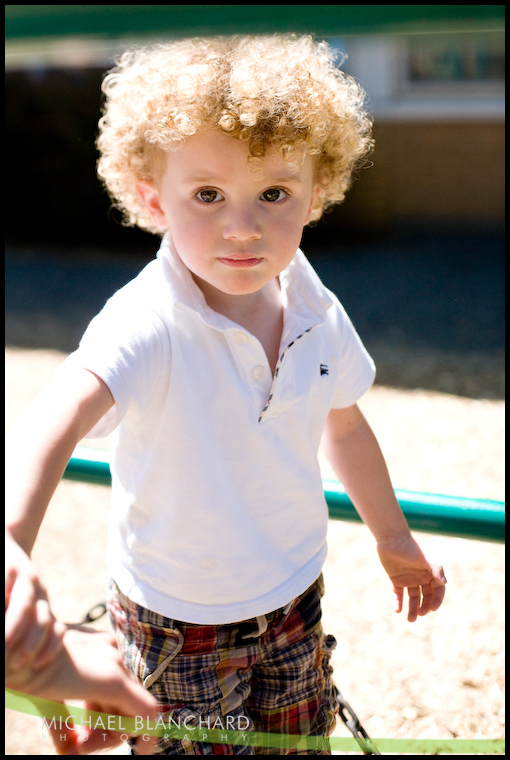 Mikey spent his pre-shoot down time running around the ballpark as usual. 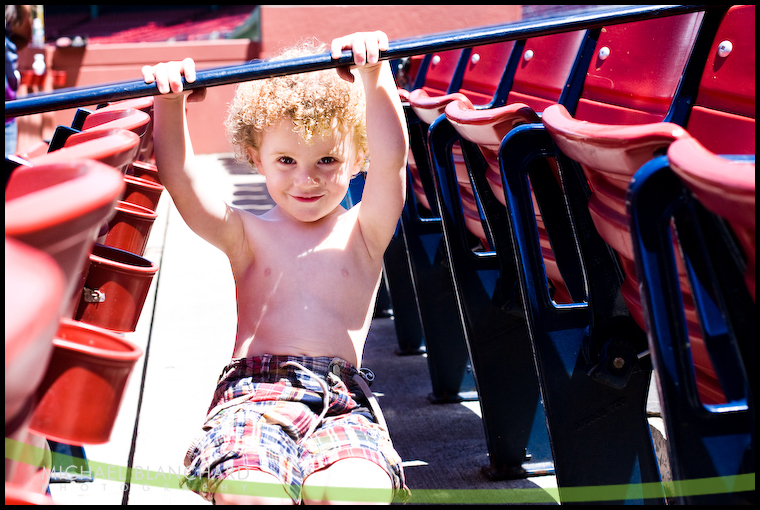 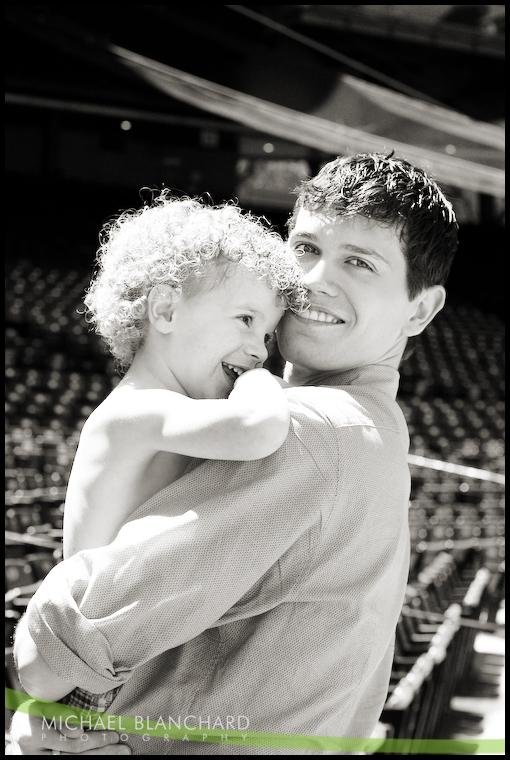 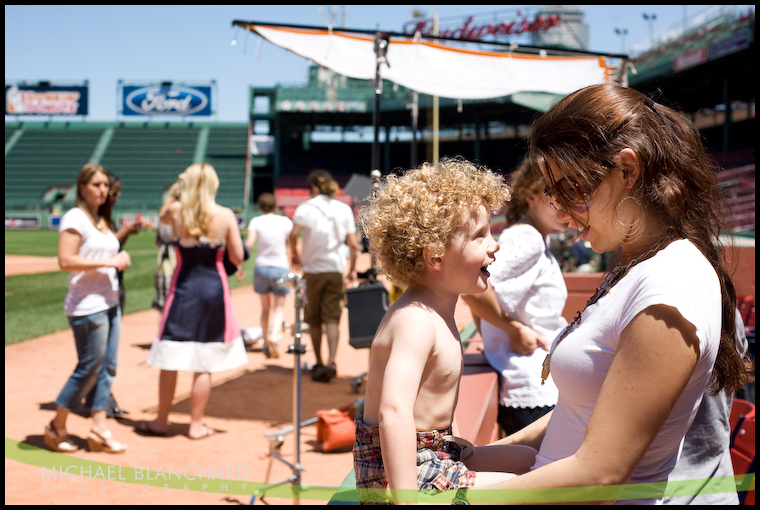 The wardrobe for these 12 kids was out of this world - racks and racks of brand new designer clothing! 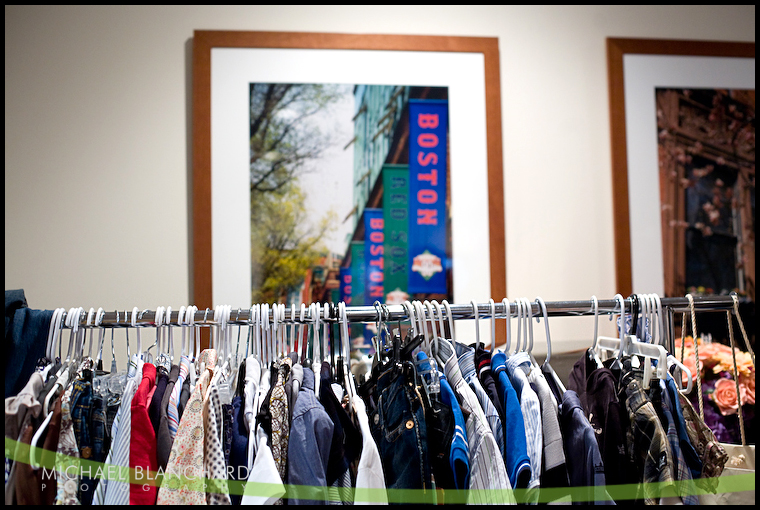 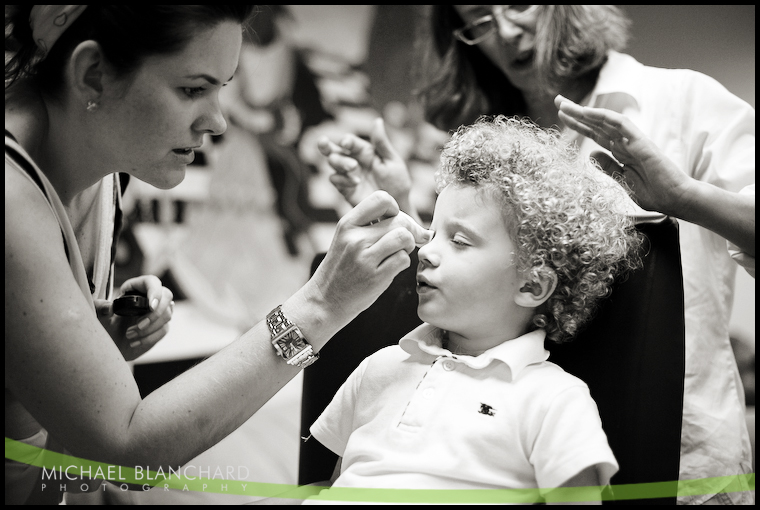 Check out the kicks! 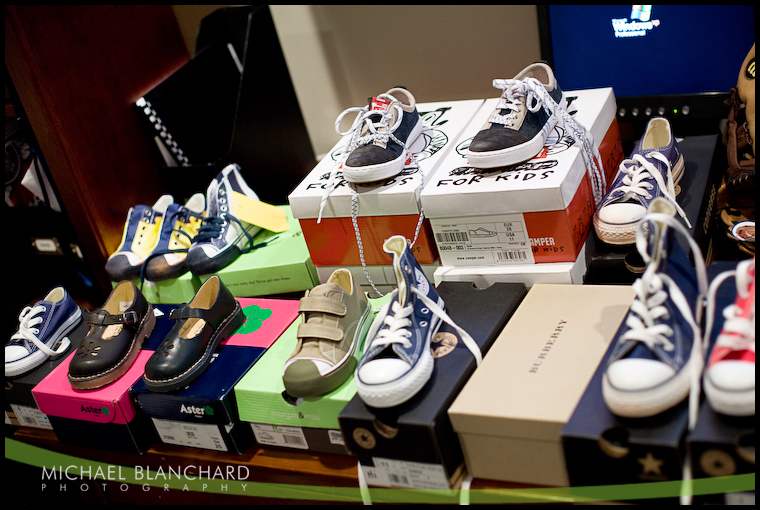 Making his way to the bright lights. 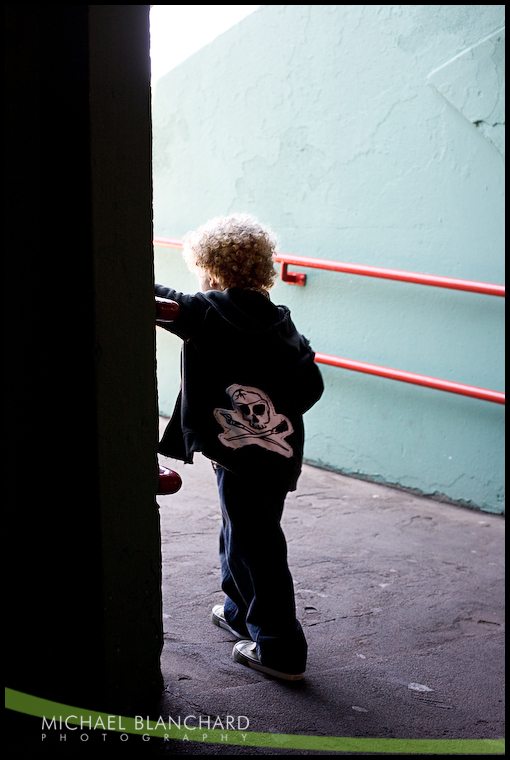 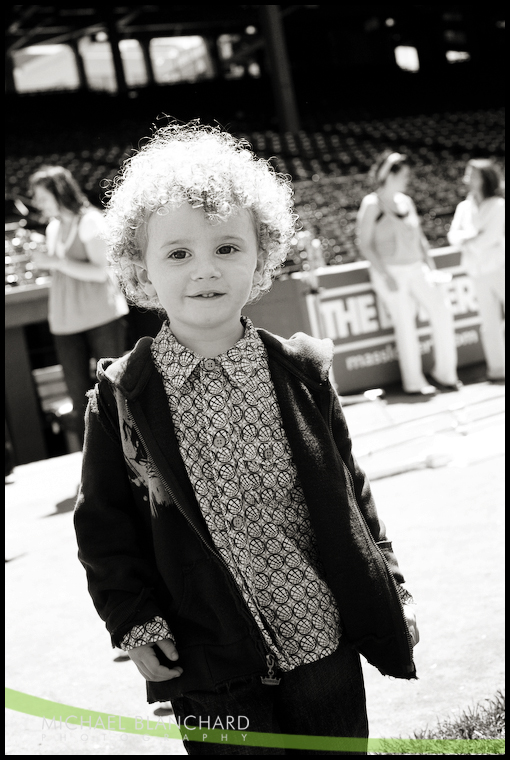 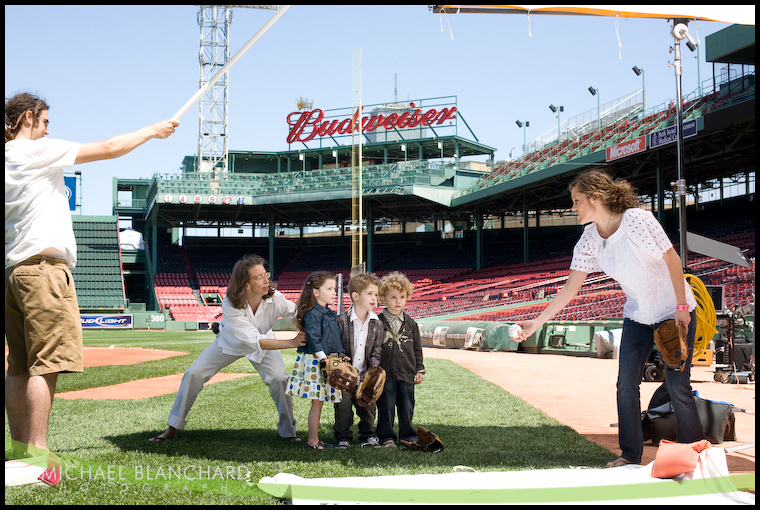 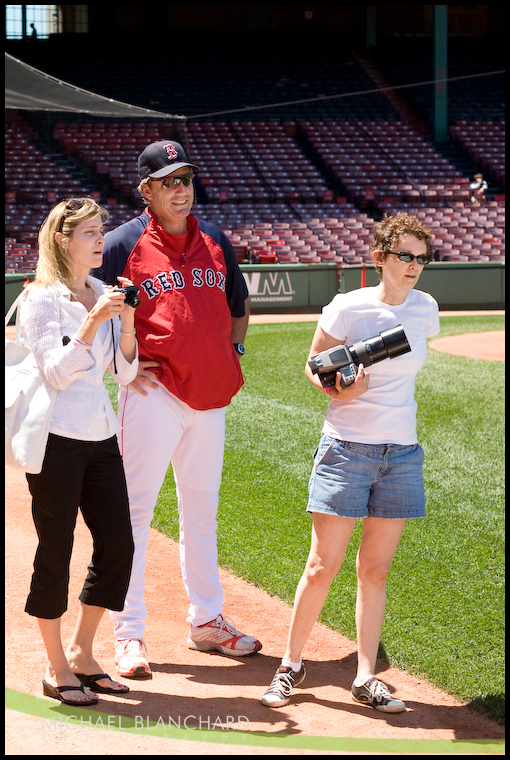 The shot was perfectly choreographed and I think the kids looked so great together! This was a shot I snapped while watching. 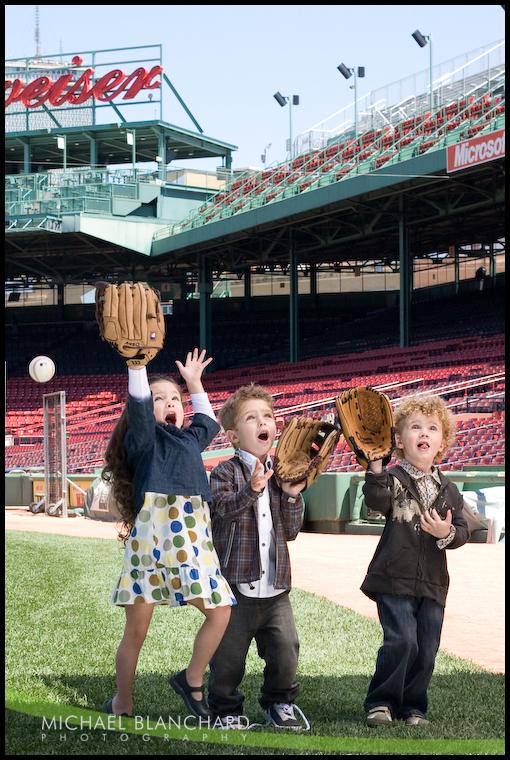 I had a lot of fun tagging along to this shoot. Coppola's photos came out phenomenal and I found them to be very inspiring! 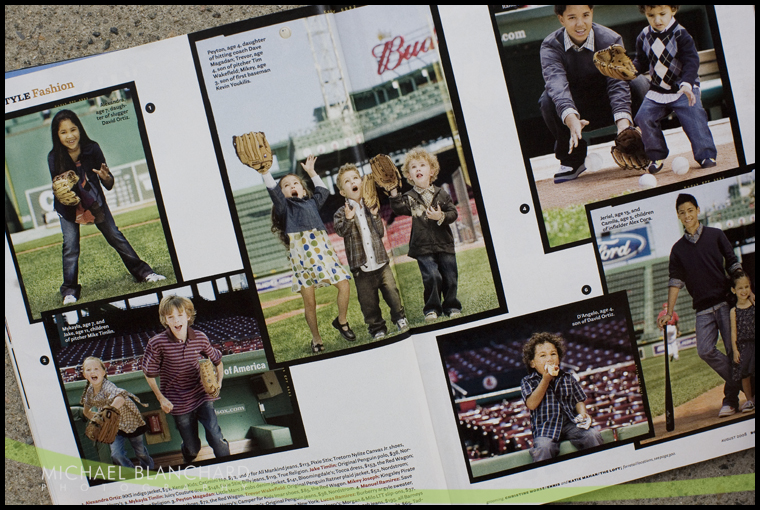 After the shoot, Kevin took Mikey down to the clubhouse to hang out. 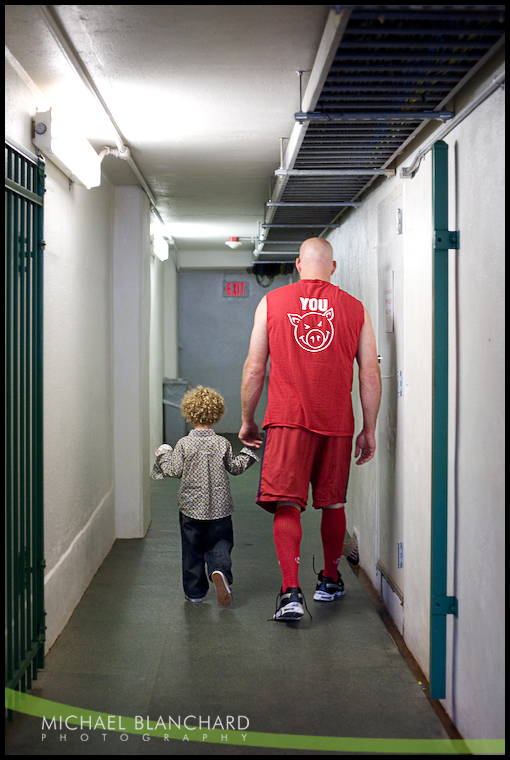 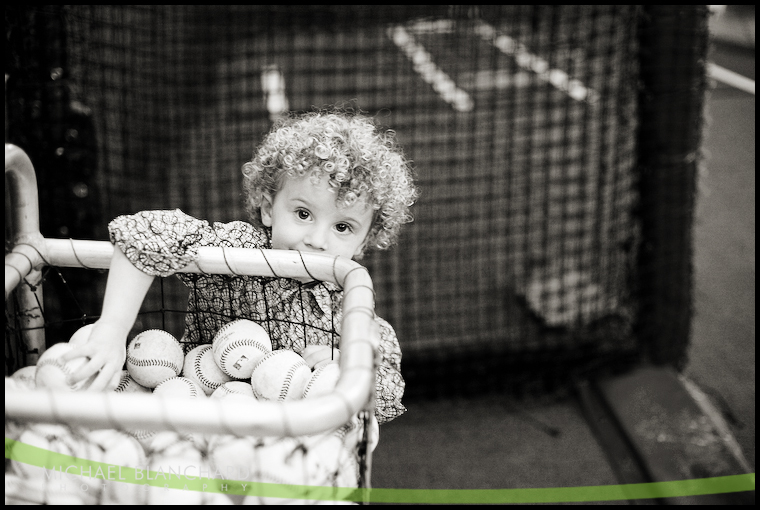 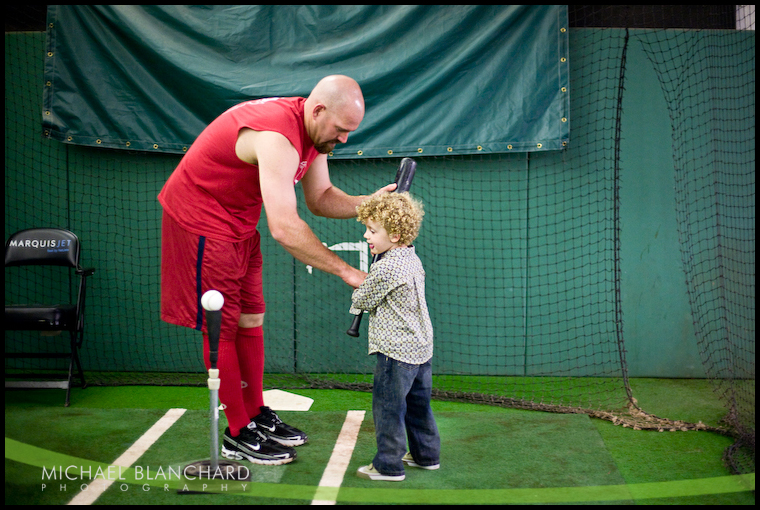