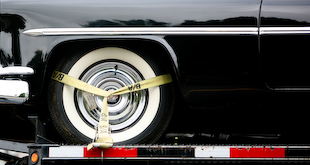 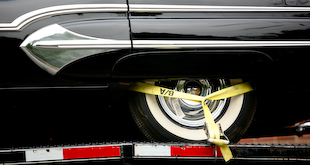 August 29, 2009  |  Press Pass
A final goodbye to Senator Edward M. Kennedy
Unfortunately I did not have the opportunity to attend any of the services for Senator Kennedy this week as I would have liked. Because I do not work for a media outlet such as the Boston Globe, or AP, it's hard to easily gain access to guarded events. After the morning funeral in Boston wrapped up and the family headed to Hanscom Air Force Base, I gathered at a Mass Pike overpass in Newton with a number of other well wishers. It wasn't long before the motorcade emerged from under the Crowne Plaza. 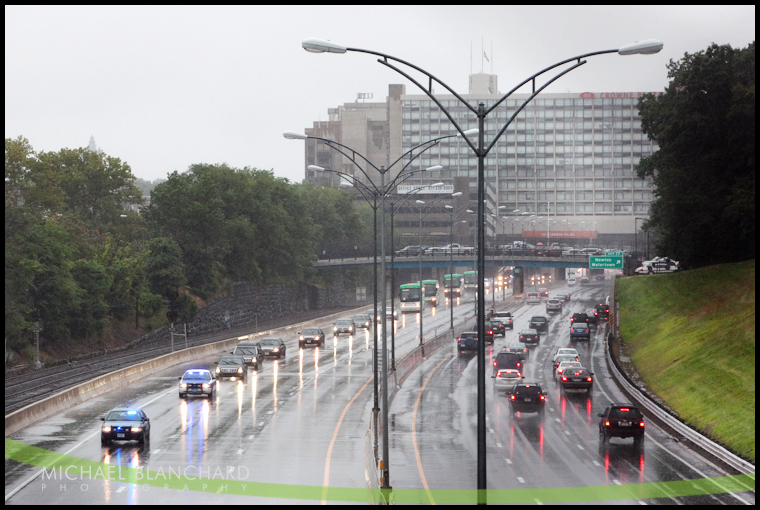 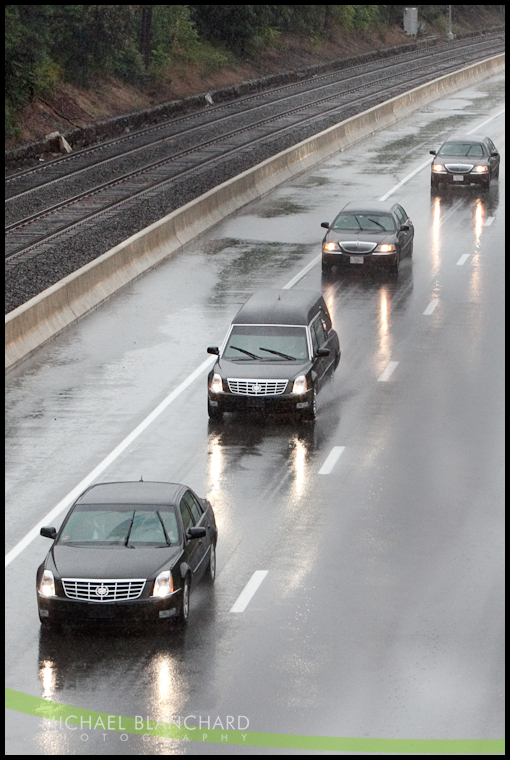 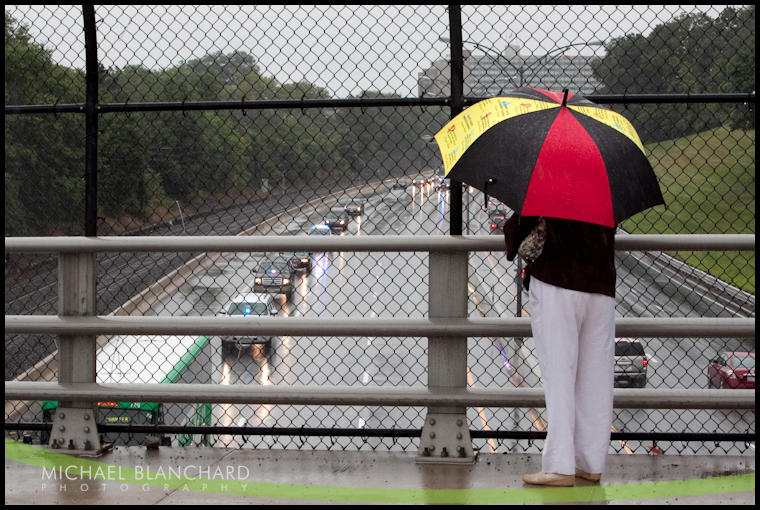 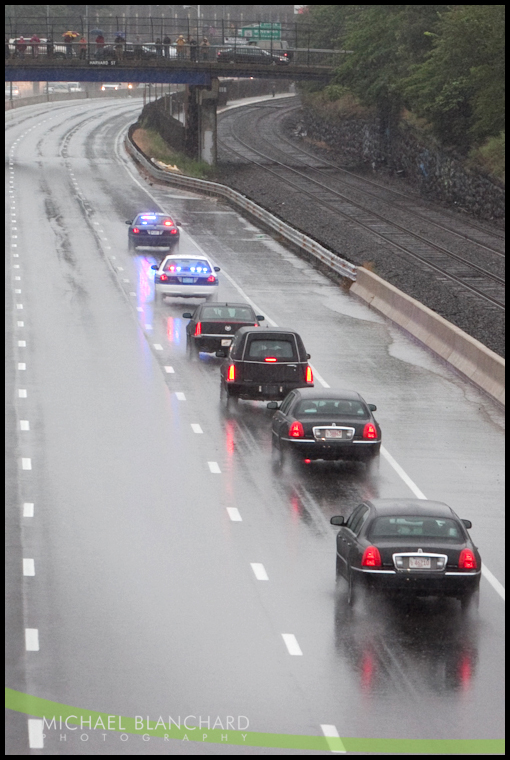 I called my Mother several times to meet me on the bridge and wait for the procession, but she was not answering her phone. I later learned that she and her friend were positioned on the following overpass, pictured below. 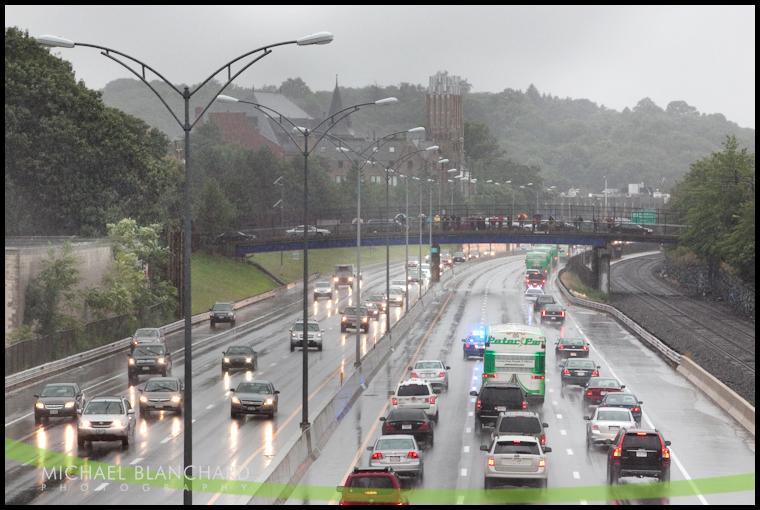 I know these photos aren't amazing but I'm still grateful for being able to catch a glimpse of history.